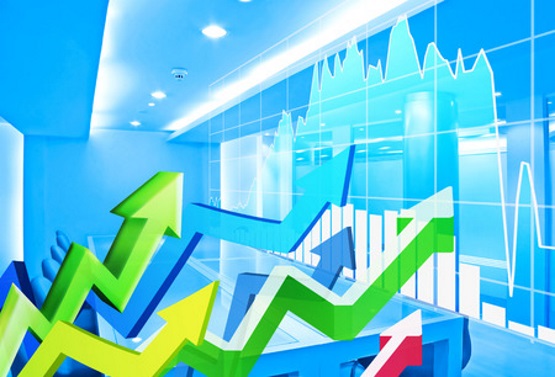 For the first time since 1999, all three of the major U.S. indices hit record highs on the same day. On Thursday, August 11th, the S&P 500, the Dow Jones Industrial Average, and the NASDAQ all hit new high points. And despite dropping in value the next day, the S&P and the Dow were both able to end up for the week. The NASDAQ closed out the week with a new closing high.

Based upon past results, the month of August tends to be the one where stocks struggle the most. History says that August is a bear month, but that’s not what 2016 is showing us so far. After a rough close to 2015 and a volatile beginning of the year, the second half of 2016 is shaping up to be a strong one, and the typically bearish August is nowhere to be seen. For traders, that makes decisions a lot easier. Just find an asset on a good, upward moving trend, and go long. This is the kind of month where it’s far easier to select a couple different assets, study them carefully, and then take out a variety of short term positions within them. For options traders, the leading candidates would definitely be the major indices. This kind of trading certainly doesn’t have the same level of attractiveness that you might think of when you think about day trading, but you can’t argue with the results. Profits are profits, and in this case, they are coming in from indices and major leaders in the stock market, like Apple and Google.

This is also a time where it can become really easy to grow complacent in your trades. Just remember that upward trends do not last indefinitely, and strong analysis is always the best policy before you open up a position, be it a 60 second option or a dividend paying stock that you want to hold for an extended period of time. Trends come and go, and how you approach an asset with your trading technique is important. Buying a 15 minute call option on the S&P as it was at its highest point ever, for example, would have been a horrible idea. Yes, the trend was upward at that point, but there wasn’t enough momentum here to justify a trade like this, especially as the price was beyond the established range. Trend trading is typically the best choice, but it needs to be done within an acceptable parameter of rules, and as the index moved further and further away from known territory, the odds of a successful trade here became worse and worse.

The market’s current positive attitude will not last forever. Even as the stock market grows, there is potential for a slowdown. The obvious culprit is the Federal Reserve, who looks at growth as one of their signals for raising interest rates. They aren’t expected by most to do this until December or later, but a stock market that is growing at a faster than expected pace can be the catalyst for an early hike. Another culprit to be on the lookout for is investor and trader sentiment. As new highs are hit, the big money investors become less and less confident in establishing new positions and the rate of growth begins to slow. Prices can only go so high before they begin to drop again. It’s impossible to tell with clarity when this will happen, but many bubbles have popped in precisely this manner. The fact that no major warning signs have occurred on this front is encouraging, but this is certainly not the final say in the matter.